End of the Rollercoaster

It’s with something of a sigh of relief that Parliament has finally risen for a (much shorter than usual) Summer Recess. It really has not been working properly, and I for one am glad to see the back of it, in the fervent hope that when we start again on 1 September the House and the Palace as a whole may be able to operate something closer to normally. We shall see.

What a rollercoaster 18 months we have had. Remember Brexit? Theresa May? 21 Tories losing the whip, including the Chancellor of the Exchequer; the leadership battle and Boris’s victory, the General Election and Tory triumph? It has all been blotted out by the Covid Pandemic which has been our overwhelming political and personal fixation for the best part of six months now. Add to all of that Boris’s near-death experience; his engagement, the new baby, moving into Downing Street and a whole host of other things. What an astonishing 18 months it has been.

All of that risks obscuring our successful delivery of Manifesto promises- on the biggest ever cash boost for the NHS, on recruiting 13,500 more nurses and 7,800 more doctors, with 40 new hospitals and upgrades to 20 more, and £200 million for new cancer screen machines. We have kept our promise on more police officers – recruiting 4,000 more officers; on schools funding – increasing funding for every child, with £14.4 billion over three years and set out a £1 billion rebuilding programme to transform schools in every region of the country. We have kept our promise to boost local transport connections – confirming a revolution in local transport, backed by £5 billion to improve bus and cycle lines. We have started reversing the Beeching cuts and announced funding to fix 50 million potholes. We have kept our promise to help those who need it most – giving the lowest paid a pay rise by providing the largest ever cash increase in the National Living Wage, and giving inflation-busting pay rises to teachers, prison officers, doctors and other vital public sector workers. Not a bad record for a Government fighting the pandemic and doing its best to keep the economy on track.

And despite everything, and ignoring the conflicting advice and complaints of the armchair epidemiologists, we have done our best to battle against the worst pandemic the world has ever seen. Sunday’s announcement of a closure of Spain, and compulsory quarantine for all returning from their holidays has been greeted by some as being too little too late; by others as an over-reaction. Some are puzzled about the travel ban to the Mainland, but not to the Balearics or Canary Islands; others welcome that slight easing to take account of regional differences within a country. I welcome the Government’s decisive action to prevent a second spike in the UK, and hope they will continue to be tough and decisive in the future.

The weather is a bit mixed, but staycationing has a great deal to recommend it; and will do much to help our embattled pub and hotel and B and B industry. I will be staying at my own very nice Cotswold Farm B and B near Corsham, at least partly because I am in isolation prior to my second hip operation on 19 August. So by the time the House is back on 1 September I should be leaping around like a spring lamb thanks to the genius of British medical science. Poor old Philippa’s the one who will get no holiday from the catering and laundry department. She will deserve a decent break as soon as all of this (hip and Covid) is over, and I promise that she will get it.

The flip side of success and prosperity in any decent society must be concern for those less fortunate and a readiness to volunteer to help.

Some good news this week for North Wiltshire. Rudloe and Colerne based Airbus (Space) signed a £500 million contract with the MOD to extend and enhance their Skynet fleet of seven satellites. Funny to think that Britain’s satellites are controlled from right here (in aptly named Skynet Drive in Hawthorn); alongside all communications for all

Sleeping with a Dragon

The next 100 years will see three Global geopolitical threats- from Iran, whose Shi’ite version of Islam will dominate the Middle East; from sub-Saharan Africa whose population by the year 2100 could be 6 Billion, or nearly half of the Global population; and from China whose growth, wealth and population alongside its Communist State is an ever-present threat to the World and liberal democracy.

The MP for North Wiltshire, James Gray visited Malmesbury School on Friday to hear about the students’ experiences during the Covid-19 outbreak and see how they found remote learning. Mr Gray was given a tour by Heads Tim Gilson and John Barrett to see how the current arrangements are working, and met with students in Years 7 and 10 to hear how they had found the experience. The school was also able to highlight the plans that they have in place for the new term, when the whole school will

One of the stars emerging from the Pandemic crisis must be Rishi Sunak. Both of his major statements have been ground-breaking stuff. Never can a Chancellor have had to undertake such very fundamental changes to try to preserve the Nation’s economic well-being. The Furlough Scheme alone was imaginative, essential, simple and hugely successful. That together with the other financial schemes he brought in have more or less seen us through the immediate emergency.

But there is so much 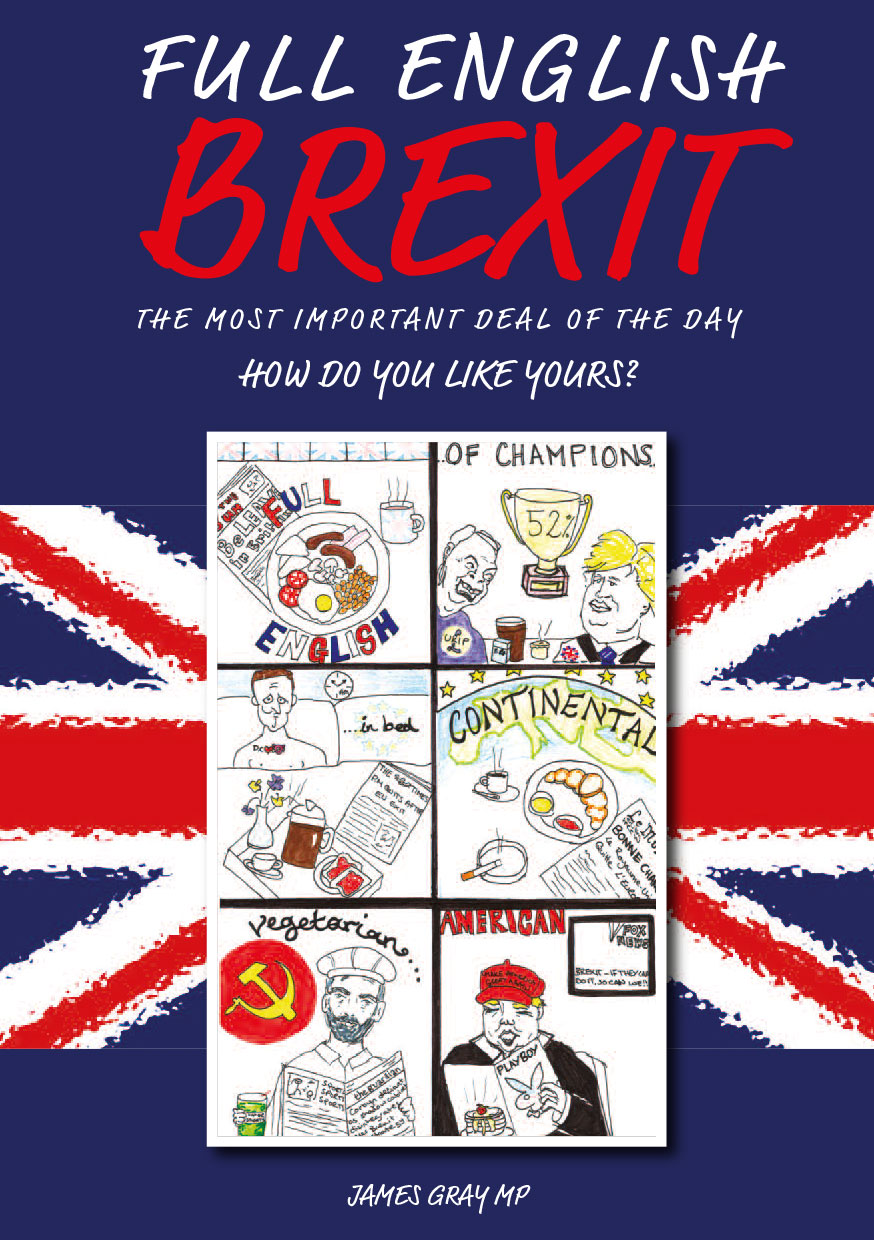 Freeman of the City of London

Fellow of the Royal Geographical Society

On the advice of officials I have decided to stop holding face-to-face advice surgeries to try to contain the spread of COVID-19. I will, however, still be very much available to assist with any constituency concerns or queries. Simply fill in the ‘Contact James’ form on this website, or send me an email at jamesgraymp@parliament.uk  detailing the issue and I will deal with it in much the same way as during an advice surgery.

Please click on the following useful link for the most up to date guidance and advice from Wiltshire Council about COVID-19: http://www.wiltshire.gov.uk/public-health-coronavirus 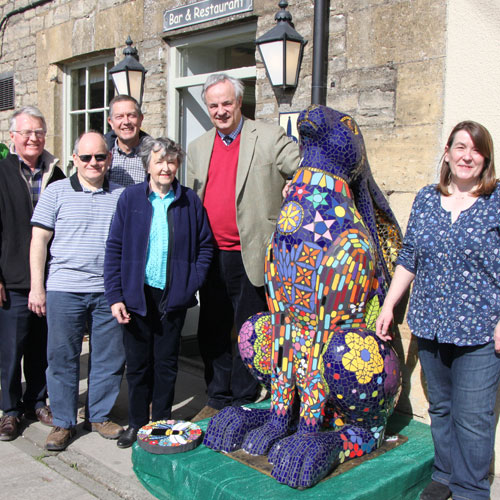 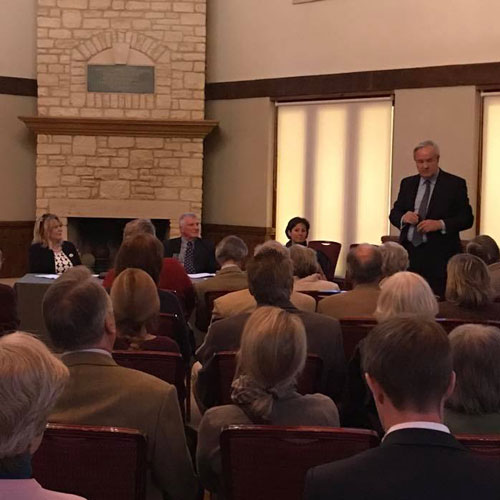 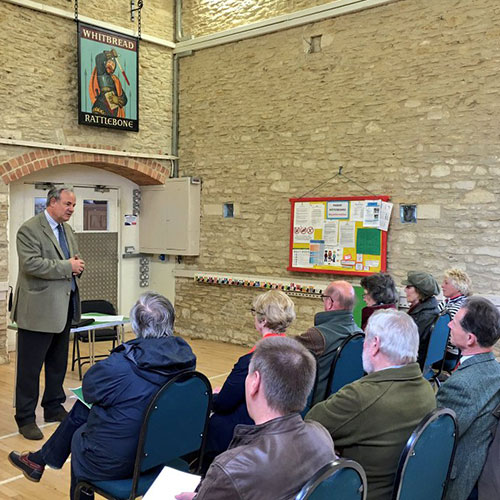 © 2019 Promoted by Nick Botterill, on behalf of James Gray, both of North Wiltshire Conservatives, 12 Brown Street, Salisbury SP1 1HE.